Gosford Gate, a development by UNITE Students on Far Gosford Street, is nearing completion as it races to be ready for the start of the new academic year.

Sited adjacent to one of the busiest routes into the city centre, Gosford Gate is a key part of the Far Gosford Street regeneration scheme, a long term project to reinvigorate this historic street and to undo the damage caused by the development of Sky Blue Way in the mid to late 1980s.

This ‘severance’, which created a vacant expanse and a disconnection of Far Gosford Street from the city centre, is often cited as the main reason for the decline of this area – a decline that has been arrested in recent years thanks to the hugely successful Far Gosford Street regeneration scheme and the work that had been done by Complex Development Projects (CDP) and Coventry City Council.

The Gosford Gate scheme aimed to repair the streetscape and create a sense of containment by filling the gap created by the development of the Sky Blue Way traffic island which opened up a wide expanse of highway, creating a sense of physical and perceptual separation.

The building ranges in height from four to seven storeys and the design is broken down into four separate and distinct elements which serve to break down the bulk of the building and allow it to sit better within the wider conservation area.

Each block has its own particular style. The largest, which is closest to the city centre, is designed to reflect the city centre and the university buildings nearby. It uses contemporary glazed terracotta cladding, irregular window arrangements and a modern, curved form. The remaining blocks have a variety of stlye, form and use of materials. Red brick is used to fit in with the majority of the existing buildings in this area. The form of the building adapts, incorporating a serrated roof at its most northern edge, to relate to the day work factory use of the site. There has been a particular attempt not to step the buildings continuously through the scheme which would look contrived. The varied of heights and roof pitches with a general overall reduction in height works far better with the variety of the conservation area.

The main building structure and external hard landscaping is now complete (with the exception of the car parking provision adjacent to the main retail unit).  Work on the fitting out is now at an advanced stage and work on the largest retail unit (a Sainsbury’s store) is also well advanced.

When fully open, Gosford Gate will provide accommodation and leisure space for 300 students and will comprise of three retails units with a frontage along Far Gosford Street. 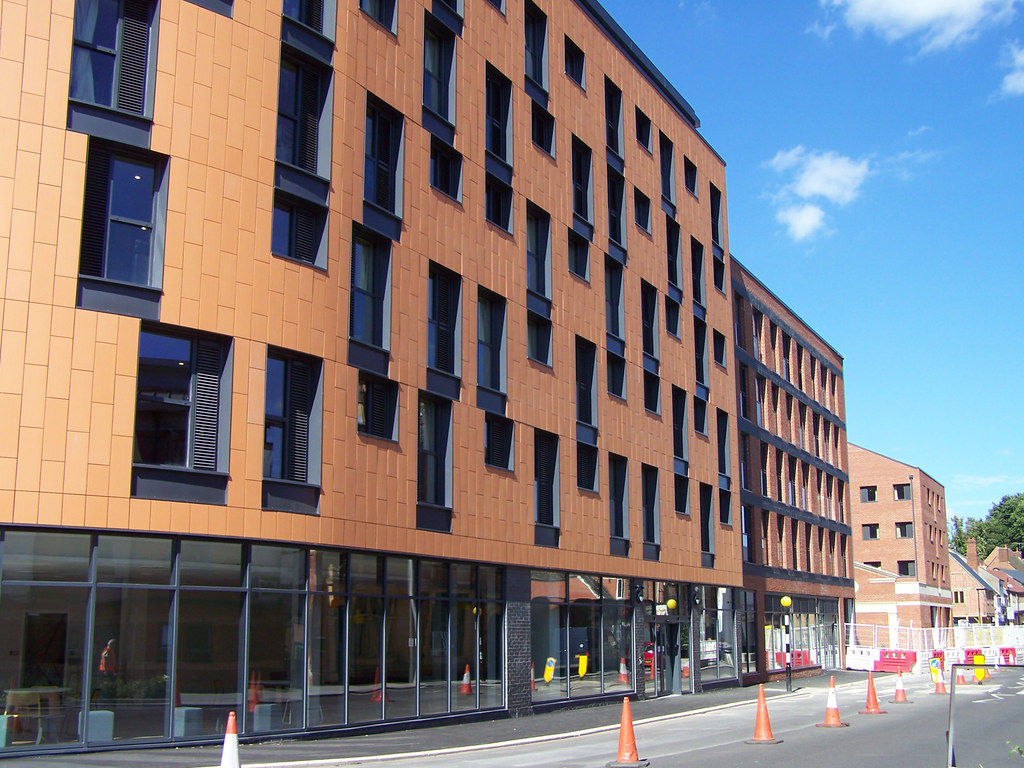 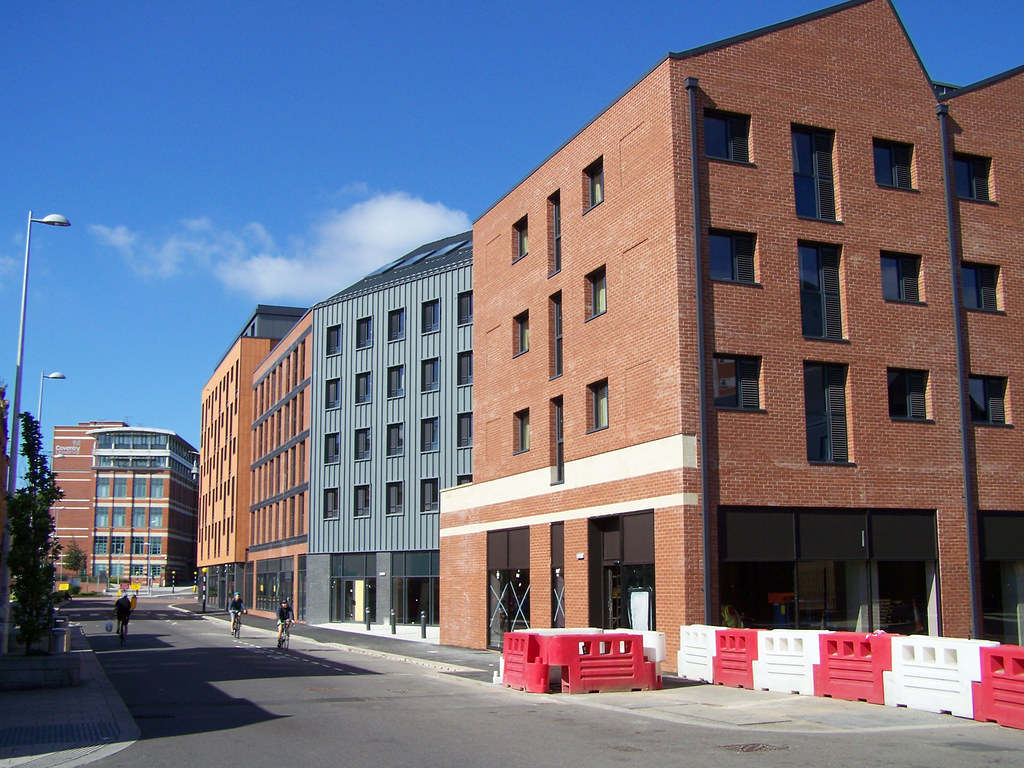