The intrepid Dr Pepper has been out and about with his trusty camera to take these two fine early evening shots of construction progress on two major regeneration projects in Coventry.

The first shows the huge Belgrade Plaza scheme as seen from the Radford Road, and the second features the Millennium View development as it rises above Hales Street. Despite being only four storeys high at this point, the impact this building is having on the look and feel of the area around Millennium Place is significant. The land was previously vacant, home to a ‘pocket park’ exposing the run down Palmer Lane and the ‘backages’ along Trinity Street and The Burges.

Millennium View will help kick-start a heritage scheme focusing on the area around The Burges, creating a new pedestrian route along Palmer Lane and an opened-up stretch of the River Sherbourne. 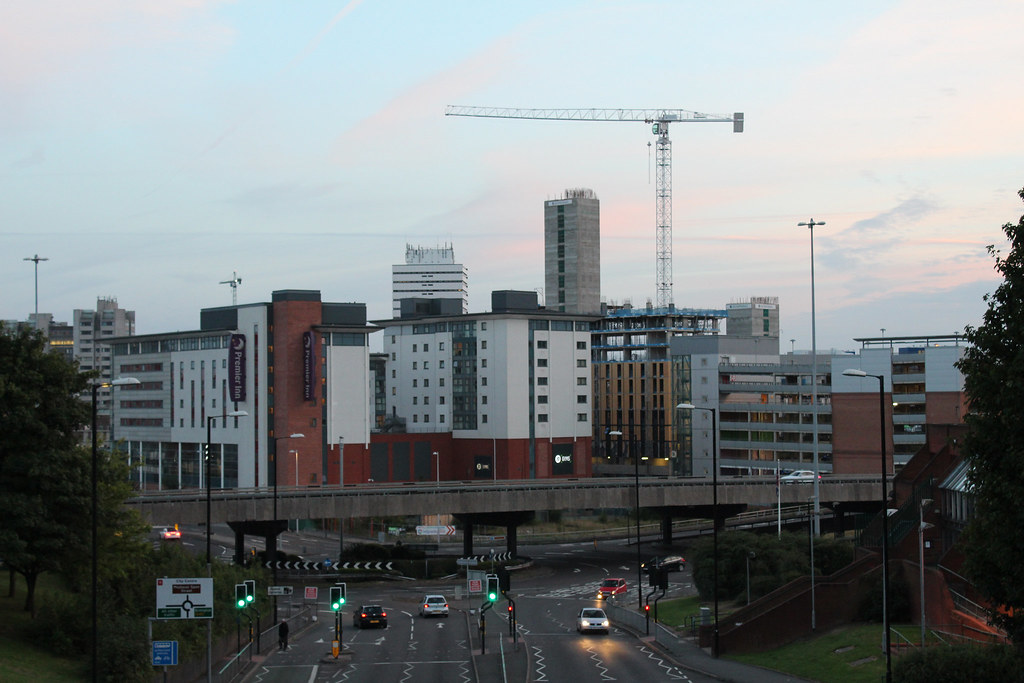 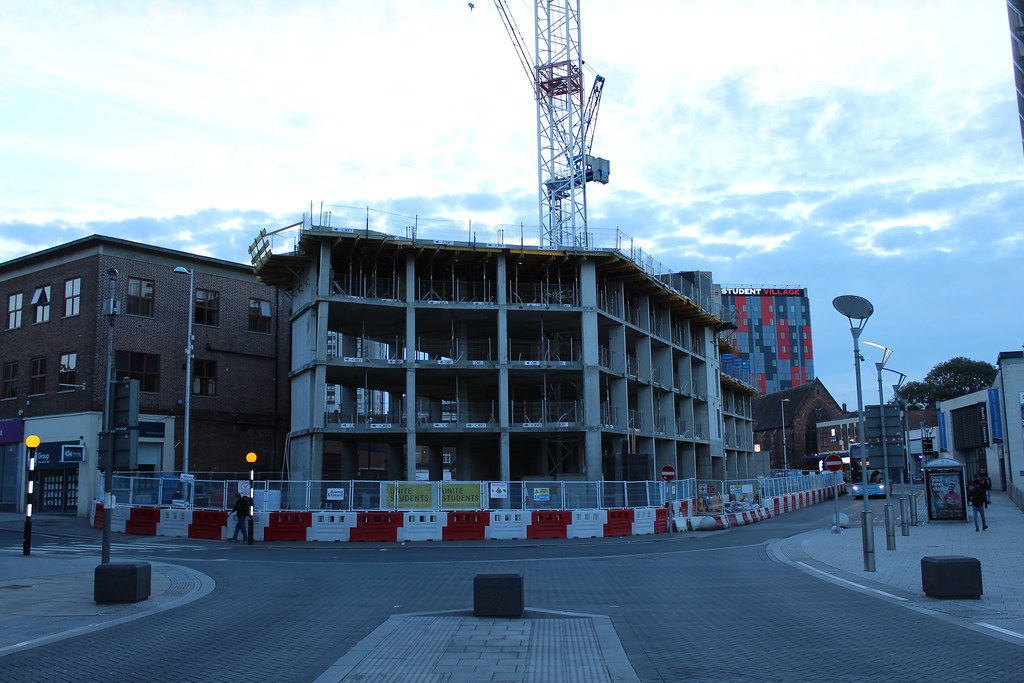